Music as an act of wellness

June Goldsmith is listening to a piece by French composer Claude Debussy, and she’s analyzing the performance. The venue for this is somewhat unusual — she’s lying down inside a positron emission tomography (PET) scanner.

“When I was going through cancer, I had to have a PET scan,” says June. “As I was getting ready, the technician said to me: ‘You look a little bit nervous,’ and I said, ‘Well, I am!’ She said, ‘Can I put on some music for you, what would you like?’ and I said, ‘Anything classical.’

“Clair de Lune comes on, and I think ‘Wow, that’s a good piece!’ Three seconds in, I’m thinking: ‘Oh, he started it too fast — I think that’s a wrong note — he shouldn’t speed up here!’ I took apart that piece so intricately that ten minutes had gone by. Music is something I use to get me through stressful times. I think I would have dissected anything they played — that’s just what I do.”

For June, active listening and performing music is an act of wellness, as much as any other activity, and needs to be seen through that lens by the next generation. An alumna of UBC, June feels strongly about giving back. She was delighted when friends and family created the June Goldsmith Scholarship in Music in her honour — to which she has made a gift in her will, to add to the scholarship.

“I’m so glad the scholarship would make a difference to somebody,” says June, “That it helped them get through that year of school. You know how they say when you give, it gives you more pleasure than receiving? I get a lot of pleasure knowing that I’ve helped someone further their studies in music.”

As an educator and an impresario, she has promoted music as a mindful component of life and wellness — especially with her concert series Music in the Morning, which is starting its 35th year.

“Our culture is not in sync with the zeitgeist of our time; I feel we’re losing ground with our next generation. We’re looking for things to help our children’s wellness. Well, how about music?”

June Goldsmith Scholarship is the key to success 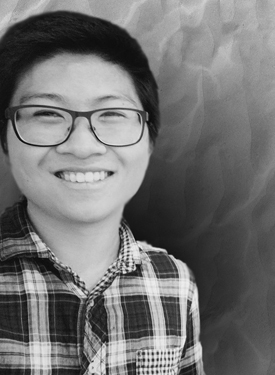 For Noah Ha, a piano performance major in the UBC School of Music, receiving the June Goldsmith Scholarship in Music has given him the opportunity to make the most of his talents.

“Without the June Goldsmith Scholarship, I would have to find a job to help fund my tuition,” Noah says. “This would result in less time for practicing and collaborating. I’m in
my fourth year of music studies and the repertoire often requires up to six hours a day of practice.”

Noah started learning piano at age five. After ten years, he earned his Royal Conservatory ARCT LRCM diplomas in piano performance. After completing secondary school, he enrolled in the UBC music program and now — with bigger audiences and more challenging repertoires — the stakes feel higher. This pressure has taught Noah that perseverance is the key to success, and he credits a large part of his resilience to the June Goldsmith Scholarship.

“Donations from people like June Goldsmith provide great motivation for me and other students. They help push us forward in our pursuit to become better musicians, better nurses, better scientists, whatever your field is. I think it’s very gracious of them and I’m deeply thankful.”

How do Gifts in Wills work?