The Diamond Foundation, a Vancouver philanthropic leader supporting everything from arts, healthcare and education has made a generous $1M gift to augment the Diamond Chair in Jewish Law and Ethics at UBC.

Dr. Gregg E. Gardner is the current Diamond Chair in Jewish Law and Ethics, and his research has focused on the history of Jewish thought and the role it has played in the development of law and ethics. His prolific output includes a number of published papers and his book The Origins of Organized Charity in Rabbinic Judaism (Cambridge University Press, 2015). In the classroom, his courses range from a broad exploration of the rich history of religions and their modern contexts, to a deeper dive into Jewish history, texts and traditions. 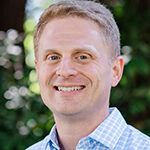 Dr. Gardner’s teaching goes beyond the confines of the classroom. In 2018, he led a number of UBC students in an archaeological field school at the ancient site of Horvat Midras, Israel, in partnership with the Hebrew University of Jerusalem. Their work included the excavation of a monumental pyramid that marked a tomb from the first century. The team also excavated an elaborate underground system of tunnels and caves that served as hideouts for Jewish rebels against Rome in the second century.

The Diamond Foundation first endowed the chair in 2001 to further the understanding of Jewish involvement in the development of law and ethics. Their vision has helped promote new research that has enriched communities in Vancouver and around the world. It has also enabled Dr. Gardner’s busy schedule of outreach activities in Vancouver and overseas, including public talks at Hillel BC and academic lectures at Harvard, Yale, Oxford, and Cambridge.

The Diamond Foundation’s most recent gift will build on the Chair’s achievements to date, with a particular focus on the expansion of Jewish Studies programming both in the classroom and beyond the UBC campus. It will provide funds to bring speakers from all over the world to give academic talks and lectures, enable undergraduate and graduate students to engage directly with world-renowned visiting scholars, and support academic study and research abroad. The public will also benefit from a rich program of events such as lectures, roundtables, and other outreach events.

“The Diamond Foundation has once again taken a leading role in furthering Jewish Studies, inspiring Vancouver’s Jewish communities and enriching the Jewish experience for all. This amazing gift will ensure that UBC is a leader in the field for years to come.”