In recognition of his academic excellence, hundreds of hours spent volunteering in his community, and a desire to make a real difference in health care, Ajay Grewal was recently announced as the inaugural winner of the Doctors of BC Presidential Scholars Award in Medicine.

A first of its kind in UBC’s Faculty of Medicine, this is an entrance award for outstanding students in the MD undergraduate program that establishes an endowment to cover tuition, text books, and student fees for one student every year, for the entirety of their medical education. Recipients are selected based on academic and leadership achievements in the arts, community, athletics, or school – with a preference given to students whose community involvement and volunteerism emphasizes health care.

Doctors of BC President, Dr Kathleen Ross, introduced Ajay at the Representative Assembly meeting held October 4 on campus at UBC. Ajay graduated from UBC with a Bachelor of Science in Biology, but his academic achievements are only one part of his impressive story.

A keen volunteer for many years, in high school Ajay divided his time between Abbotsford Regional Hospital, the Cancer Society, and the Tabor Home Society. While a UBC undergrad, Ajay volunteered at UBC Hospital with the Ambulation Program, assisted in clinical research with UBC’s Department of Psychiatry, and volunteered as a research lab technician in the Department of Cellular & Physiological Sciences. 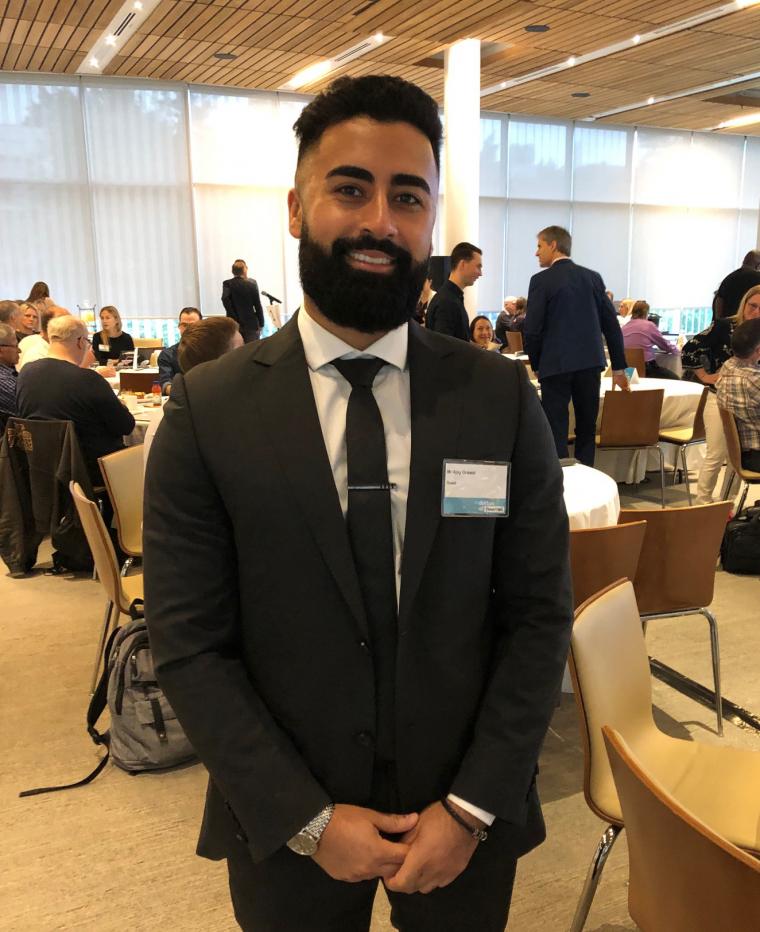 Ajay has also volunteered an amazing 700 hours as a Crisis and Suicide Line Responder with The Crisis Intervention and Suicide Prevention Centre of British Columbia, receiving recognition from this organization for his dedication and demonstrated excellence of service.

All of this is in addition to his various non-health related volunteer activities with the Sikh community, the arts, and an array of sports teams. Dr Ross congratulated Ajay on becoming the first-ever recipient of the Doctors of BC Presidential Scholars Award in Medicine.

In November of last year, Doctors of BC pledged $1.75m dollars to establish this award, with matching funds as part of UBC’S Blue & Gold Campaign for Students. By year four, this award will be funding four medical students every year. Source